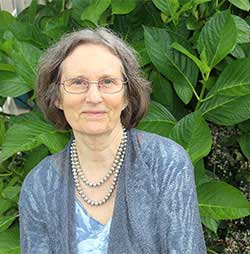 As a child I lived in upstate New York and southern Ohio, graduating from high school in the late 1960’s.  During my adolescence I began to yearn for inner transformation as the winds of social change swirled around me.  I had a sense for the vastness of the human soul and spirit which was nourished by my love of sacred music. I quietly hoped to find a clearer connection to that vastness.

After college and grad school I went looking for my work in the world and became involved in some movements for political and social change.  I also began exploring the world of the soul through Jungian dream analysis and then through backpacking and traveling in England, Europe and America and also through studying and practicing yoga, meditation and bodywork.  More avenues for inner development appeared in the form of life events such as a severe whiplash injury, marriage, parenthood, and divorce.

In response to a mid-life crisis I decided to enroll in an M.A. program in Transpersonal Psychology at Antioch University-Seattle to become a therapist.  During my years at Antioch, I pursued outside training in Jungian sandplay and in Process Work, a creative approach to psychotherapy founded by Jungian Analyst Arnold Mindell.  Returning to California, I trained intensively in Jungian sandplay at the Child Therapy Institute of Marin.  Since then I have continued to deepen my work in sandplay with children and adults through seminars and ongoing consultation with Sandplay Therapists of America teachers.

I have worked as a therapist since 1990 in Seattle, Berkeley, San Rafael and Santa Cruz in clinics serving adults, families and children and also in private practice.  I have been licensed as a Marriage and Family Therapist in California since 1996.  I am a Registered Sandplay Practitioner through the Sandplay Therapists of America.

I am also a graduate of the Bay Area Center for Waldorf Teacher Training, where I studied human development and the spiritual science of Rudolf Steiner and experienced the richness of the arts. During this time I also worked for one year as an assistant teacher in a Waldorf kindergarten.

In my work I strive to integrate all of the wisdom streams I have studied and experienced. These include many perspectives within the world of psychology as well as a variety of approaches to understanding the spiritual nature of human life.

I am the mother of a delightful young woman in her thirties.  I love the path of motherhood immensely and I have also learned much from its challenges--which have proved quite strenuous at times.  In my free time I enjoy cooking, singing, walking in nature, creative expression, camping, and cultivating loving relationships. 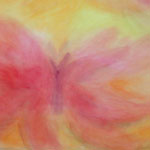 "Live your questions now, and perhaps even without knowing it, you will live along some distant day into your answers."
~~Rilke